As alluded to in the title, we are going to have a look at the brutal, yet very cool board game The Climbers by Capstone Games. In this seemingly simple game, you may end the night with fewer friends or family as to where you took off from. Besides that little thing, you will have a great tactical strategy puzzle in front of you. With just 5 player accessible colors and 1 neutral color, you will build your way up into the sky. Who will reach the top first and who will stay there? Don’t think this is a lovely kids game where you will have fun, There will be blood. (this could be seen as a cross-reference to another Capstone title, can you guess which? )

Holger Lanz seems to be a one-time designer and if you can kick off your board game designer career which such a beauty, we hope he will do a whole lot more designs. Konstantin Vohwinkel worked on some other titles, Halloween and Keyflower for example, and did a lovely job on the box cover. It’s almost like one of those posters at the dentist where you will find a new scene every time you look at it.

The games play two to five players and will take you about 45 minutes to finish. Age depends on the child’s development, but 8 and up seems quite on target. 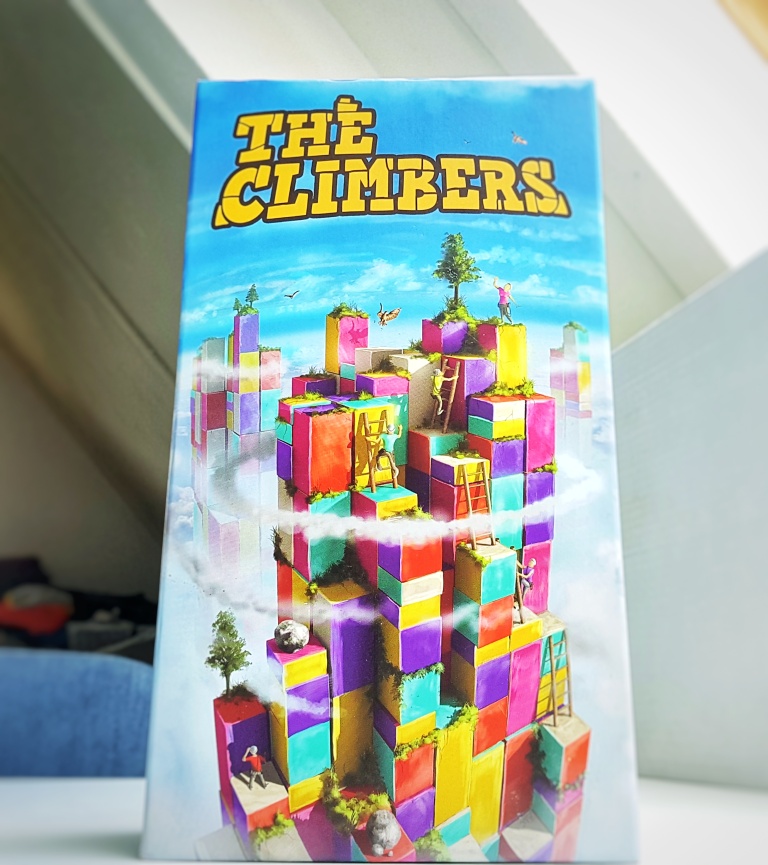 The flow of the Game

The main thing you will be thinking about is how can I go up, how can I block others from doing so and how don’t I get stuck myself on subsequent turns due to earlier decisions. If you are in the understanding it’s just stacking of some blocks, you are wrong, very wrong. 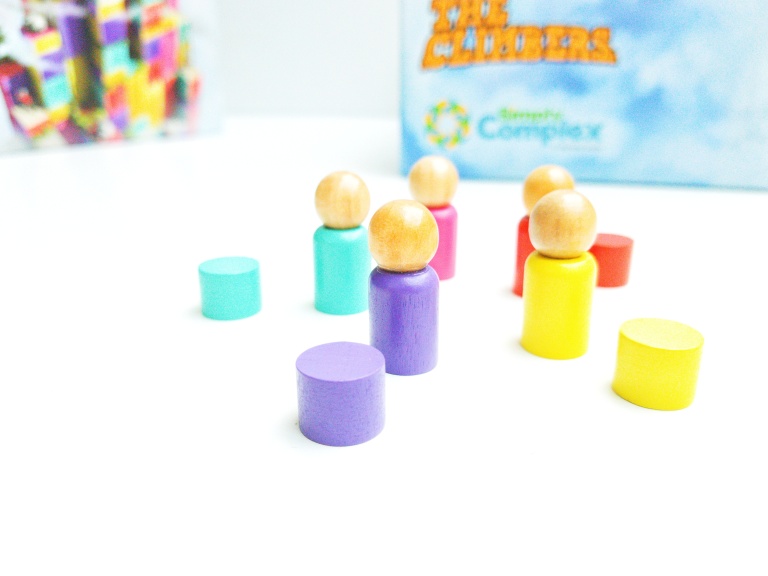 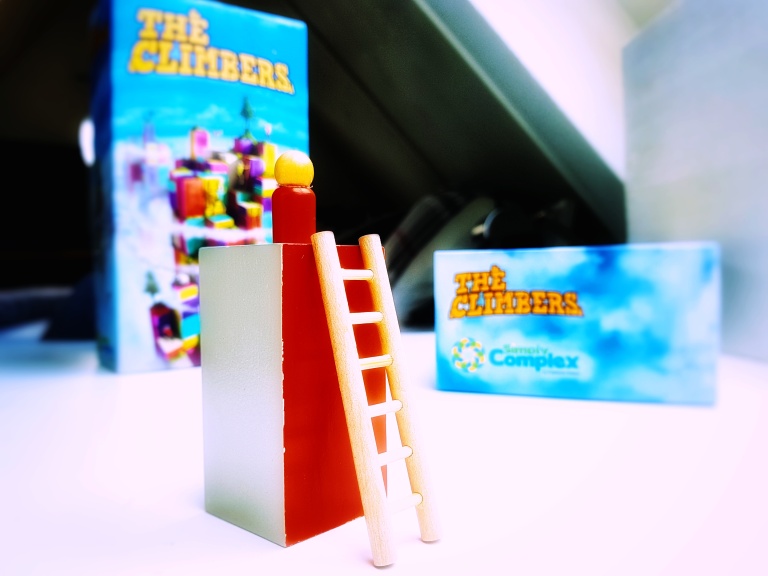 So we introduced the game to my sis and her hubby, our French connection, to get our experiences with the higher player counts too. No, that isn’t like The French Connection movie with Gene Hackman, but when we think about, he did win two games and stabbed me nicely in the back when he could? But, maybe it is just the game playing up… 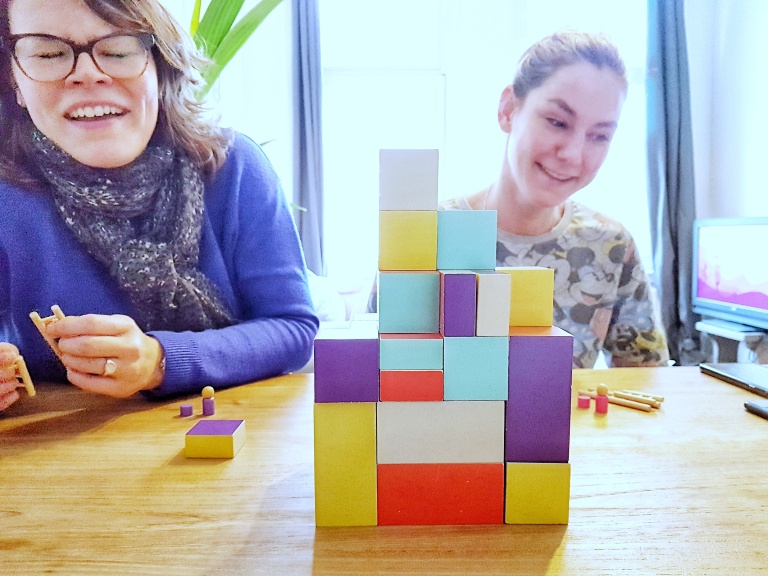 The criteria on which we base most of our opinions, but isn’t the end all and be all.

Does it play well with 2?
It plays two players, but it isn’t the most interactive and it gets stale quite soon. We think the sweet spot is at the higher player counts.

Does it suit one of our game groups (D&D, Heavy games, thematic games, etc.) or can I bring nongamers in or take it to others? It is a thinky filler, but one which is very inviting to all sorts of players. It’s good with mom, my thematic brother liked it and we as omnigamers also found this a great option to play between heavier games or as social experience when gaming is secondary.

Does it come with a solo variant? No! That would be a little awkward.

How are theme and mechanics tied in together?
Well you are climbing and so you go up, but the theme is of course very secondary here.

Does my collection need this? What stands out?
(New mechanics? better integration of x? new theme? etc.) 100% it does. It looks great on the table, it plays such a broad scale of people and it brings something unique to the table. We do own something like Rhino Hero for building, but that’s less confrontation and more for only the waves of laughter. Climbers will bring some serious faces to the experience too.

And how is the rsp?
The price on The Geek goes from a cheap 35$ up until 100$, which is crazy expensive. Because of the hefty amount of wood in it, it won’t be cheap production, but somewhere between 40 and 50 would seem like a nice price for what you get for it. We imported it from the States and got hauled last Essen for around that price from the Capstone website.

So what is our conclusion? Go find a copy if you can and add it to your collection. It’s an instant classic in our household for those filler evenings or when gaming is meant to be secondary. But that said, it does have teeth and can bite you hard. The table-talk will be high on this one and if you love that, it’s something we will highly recommend. Two player isn’t the best count, so keep that in mind.

Thanks for dropping by, sticking all the way to the end and we immensely love you for it!

As a side note, Capstone Games will launch their second game from the Simply Complex line the 11th of April! The Estates

21 thoughts on “5 highlights why building blocks are still brutally cool to play with, The Climbers Review.”